Since 2019, Hong Kong’s pro-democracy movement has garnered international attention both offline and across social media platforms. At the same time, the People’s Republic of China (PRC) government in Beijing has increasingly utilized digital tools to influence opinion in its favor, as witnessed in Taiwan ahead of its 2018 local and 2020 national elections.  To research and analyze how this once-in-a-generation movement in Hong Kong was potentially impacted by online threats, the National Democratic Institute (NDI) conducted a comprehensive analysis of the information environment in  Hong Kong. NDI’s analysis focused on the months preceding and following the July 31, 2020 decision by the Hong Kong government to postpone the September 2020 Legislative Council (LegCo) elections.1

NDI’s analysis provides an overarching view of known or suspected sources of misinformation and disinformation in  Hong Kong around the time of the LegCo postponement decision. Much of the analysis is centered around pro-Beijing sources, as the propaganda disseminated by these sources has historically been more likely to contain false or misleading information than pro-democracy sources in this context. Such analysis becomes more important as the international community witnesses the further closing of Hong Kong society through increased media censorship, as displayed through the shutting down of Apple Daily and new film censorship guidelines.

2. Pro-government and propaganda narratives that decontextualize facts dominate the Hong Kong information environment as the use of true information makes it harder to challenge.

3. Facebook, Twitter and QQ were the most dominant social media platforms for potential misinformation content in the Hong Kong space. In terms of users, Twitter content is largely driven by pro-democracy accounts and supporters,  which is consistent with Western and media-centric dominance of Twitter users. QQ is used by 60 percent of adults in China, thus providing a window into primarily mainland-Chinese narratives that mostly sought to discredit the protest movement.

4. On the popular messaging board LIHKG, top accounts propelled discord among the protest movement by presenting a false pro-democratic, anti-government narrative that encouraged radical actions.

Since the British handover of Hong Kong to mainland China in 1997, NDI has released “The Promise of Democratization in Hong Kong’’ report series, documenting shifts in Hong Kong’s political landscape. In 2020, Hong Kong faced a new,  critical threat to its democratic development with the new National Security Law and then the postponement of the LegCo elections. While the Hong Kong government justified the decision as necessary to contain COVID-19, it was interpreted by many as the pro-Beijing government using COVID-19 to quell the growing pro-democracy movement. 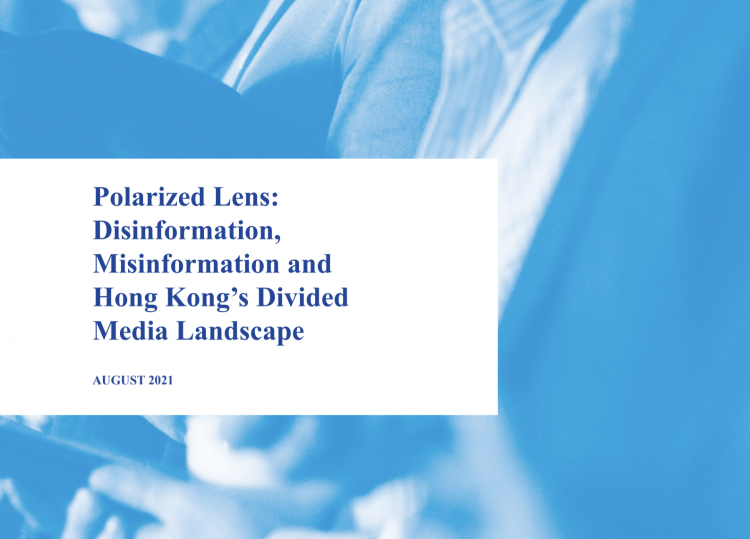