Since Russia’s full-scale invasion of Ukraine in February, countless individuals and organizations across Ukraine have risen to the challenge of supporting their communities and addressing challenges that have emerged as a result of the war. The Rizni.Rivni project, launched in collaboration between the National Democratic Institute (NDI) and a group of Ukrainian LGBTQI+ equality organizations in 2020, has played a key role in that effort. Rizni.Rivni, which translates to Different.Equal, is a series of awareness-raising campaigns and community-building initiatives for Ukraine’s LGBTQI+ community. The initiative originally included the online Museum of Acceptance to help Ukrainians understand the LGBTQI+ experience, as well as a digital map where individuals can “raise their hand” in support of the LGBTQI+ community.

However, after the Russian invasion, the Rizni.Rivni team saw a critical need that the initiative was well-situated to fill. With a robust network of partners and allies, the team was poised to share vital information, such as bomb shelter locations and psychological first aid tips, as well as general updates and calls for support for Ukraine. This was essential in the early days of the war, and as the wartime needs of the community became more clear, the team developed a more systematic approach and launched a new chapter of the project: Rizni.Rivni.Razom (Different.Equal.Together). 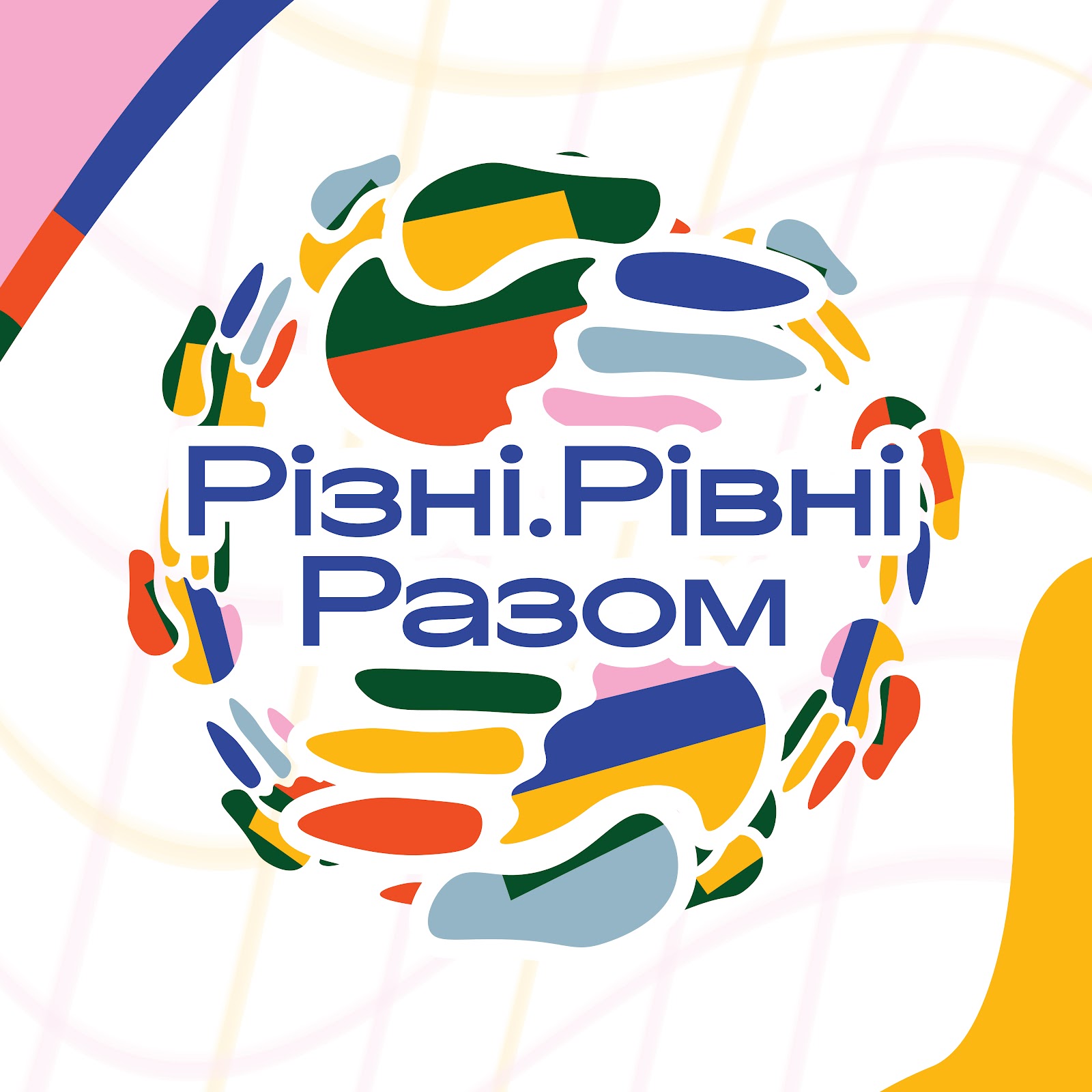 Launched in early June, the Rizni.Rivni.Razom project has focused on highlighting the indispensable role of LGBTQI+ Ukrainians in the humanitarian and war effort. With so much of the community’s work being done outside of public view, the team behind Rizni.Rivni.Razom wanted to focus its efforts on raising the visibility of the LGBTQI+ community and its immense contributions to protecting Ukraine’s dignity, liberty and sovereignty. Since the start of the war, Rizni.Rivni.Razom has featured stories about LGBTQI+ soldiers, artists, activists, mental health experts, and other Ukrainians contributing to the war effort, while continuing to serve as an important informational and social resource for Ukraine’s LGBTQI+ community. For NDI’s partners, Rizni.Rivni.Razom is about showing that LGBTQI+ people have always been, and will continue to be, an integral part of Ukraine’s society.

More recently, the team behind Rizni.Rivni.Razom has been part of a concerted push among LGBTQI+ advocates for marriage equality in Ukraine. This effort has taken on new urgency in the wartime context, as same-sex partners are not currently eligible for survivor benefits and other veteran assistance. In June, a group of LGBTQI+ rights activists launched a widely-circulated petition in support of same-sex marriage legalization, which was shared by Rizni.Rivni.Razom and other NDI partners. The petition received more than 28,500 signatures, surpassing the requisite number of signatures to be submitted directly to and reviewed by President Zelenskyy. 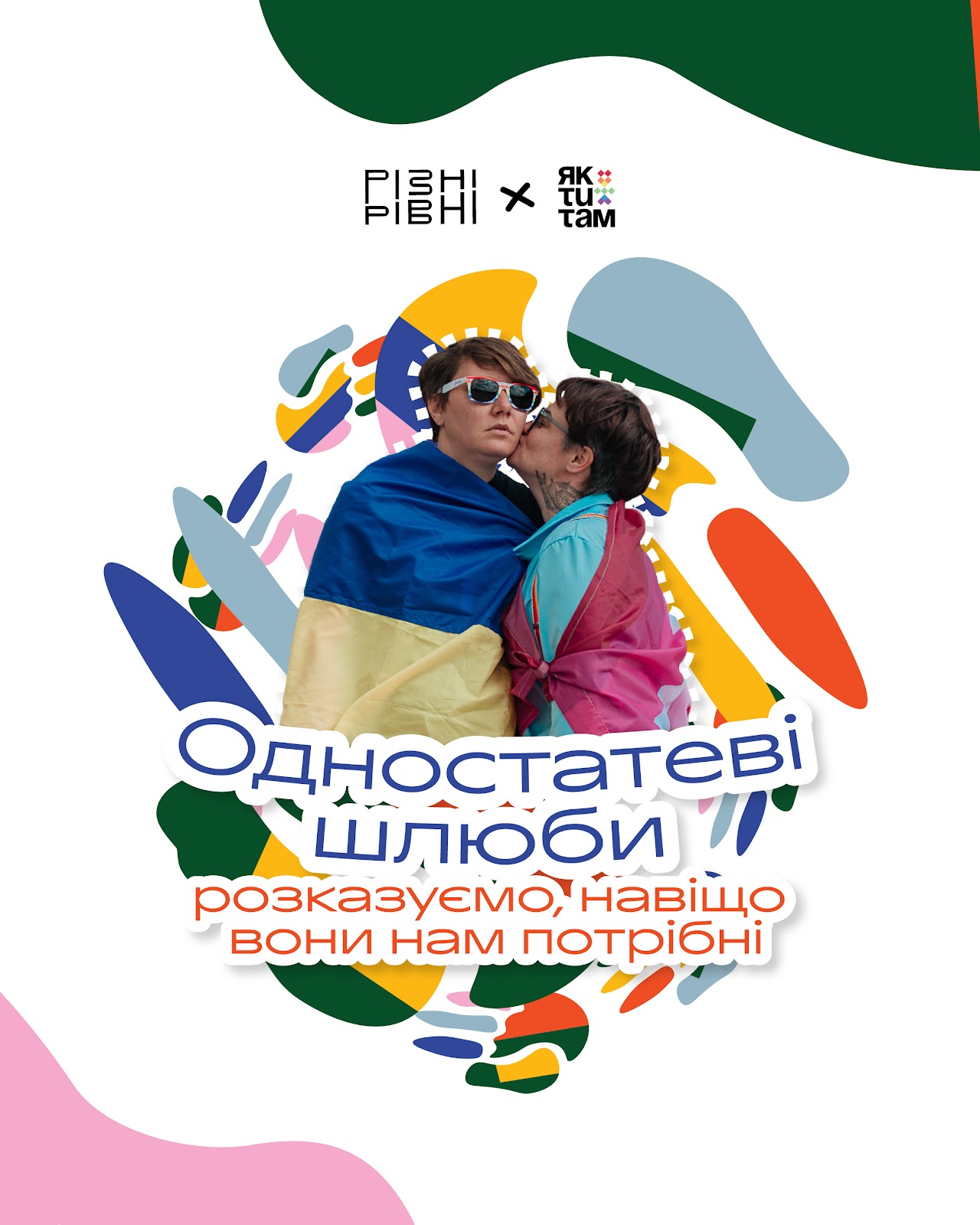 In direct response to the petition, on August 2nd, President Zelenskyy published a statement that the government had developed possible solutions for same-sex civil partnerships in Ukraine. While the original petition called for marriage equality rather than civil partnerships, this statement was widely hailed as a positive step, given that same-sex marriage would require a constitutional amendment that is not currently possible due to martial law. The success of the petition and President Zelenskyy’s statement are positive signals that acceptance of LGBTQI+ rights and recognition is on the rise in Ukraine. In a recent survey conducted by NDI, fifty-four percent of respondents agreed that “homosexual people should have the same rights as heterosexuals.” These are the highest levels of support ever measured by an NDI survey, and demonstrate a move toward liberalism and tolerance even during a dire moment in Ukraine’s history.

In the coming months, and in spite of the humanitarian challenges of the war, Rizni.Rivni.Razom will continue to serve as a critical resource for the LGBTQI+ community while expanding its reach to new audiences and new allies in the fight for equality and independence.