On August 9, the delegates visited polling stations in 12 of the 47 counties across Kenya, representing the diversity of the country and where they observed opening, voting, and counting processes. All activities were conducted on a strictly nonpartisan basis without interfering in the election process.

“There have been notable positive elements—a more peaceful pre-election period and improved candidate nomination process, and an increase in women candidates. On Election Day, voters were able to cast ballots for candidates of their choice in a generally orderly and peaceful process,” stated H.E. President Chissano, while noting that the process is not yet complete. “In the coming hours and days, we urge all parties to strictly adhere to Kenyan law and allow the electoral processes to conclude without interference,” he said.

The IRI/NDI statement noted that “the elections have not been without challenges, particularly concerns about last minute changes to the Election Day procedures, and about the security and timeliness of the transmission and announcement of results. These challenges could exacerbate pre-existing trust deficits and threaten confidence in the process.”

As the tabulation process continues, the joint NDI/IRI mission calls for all parties, candidates, and their supporters to adhere to the commitments they have made to peaceful elections and to reject violence. If disputes arise, we call upon all parties to resolve them peacefully and through appropriate procedural and legal channels. Once the election is concluded, there should be a peaceful and timely transition of power regardless of the outcome.

“Kenya is a beacon of hope. At this critical moment, when democracy is under threat regionally and globally, Kenya has an opportunity not only to move beyond its past of disputed elections, but also serve as an important model for Africa and all democracies around the world,” said NDI Board Member Donna Brazile. “Beyond the 2022 election, we hope and expect all Kenyans will work together to make Kenya’s democracy improve the lives of all of her citizens—in particular marginalized communities including women, youth and PWDs,” she said.

During its deployment, the delegation met with a wide array of electoral stakeholders, including from: the Independent Electoral and Boundaries Commission (IEBC), political parties, civic organizations, citizen observer groups, and media practitioners to learn about the preparations for the process and to hear different perspectives on the elections.

The joint IRI/NDI mission will continue to follow electoral developments, including the tabulation process, adjudication of disputes, announcement of official results, and swearing in of newly elected officials, and may issue further statements and clarifications, as needed. Upon the conclusion of the August 9, 2022 elections, NDI and IRI will issue a comprehensive report detailing final findings and recommendations.

The delegation is grateful for the warm welcome and cooperation it received from all Kenyans with whom it interacted. The delegation’s work was funded by the United States Agency for International Development (USAID). 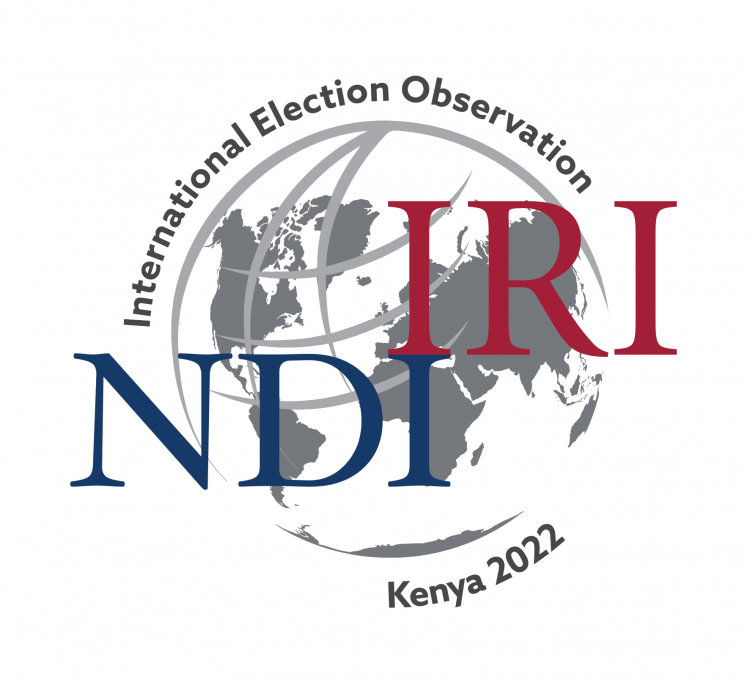