"Dr. Zbigniew Brzezinski was one of our most important national security leaders -- a man whose actions helped define American foreign policy during the Cold War and whose ideas still influence policymakers today. Through his pursuit of Middle East peace, his work to normalize U.S.-China relations and integrate China into the international system, as well as the critical role he played in ushering in the Cold War's final chapter, Dr. Brzezinski's public service and relentless advocacy for U.S. leadership made America more secure and the world a better place.

"Zbig was also my professor, mentor, and dear friend. From the time I first met him when he came to give a lecture at Wellesley College in the late 1950s, I was captivated by his brilliance, his originality, and his sophisticated understanding of international politics and grand strategy. I was fortunate to be able to learn from him as a graduate student at Columbia University, to work for him when he served as National Security Advisor in the Carter Administration, and to collaborate with him on many different projects in the years that followed. Zbig did more to shape my understanding of international relations than anyone apart from my father, and I was grateful when I served in government to be able to call upon him for advice and counsel.

"Zbig remained active and engaged on foreign policy issues until his last days. Like many of us, he was deeply concerned about the direction of American foreign policy and the future of U.S. global leadership.

"His absence will be felt, and his presence sorely missed, but Zbig's ideas and his worldview will continue to influence the foreign policy debate for many years to come. In today's complicated world, we need leaders like Zbig who are both thinkers and doers, who understand history and the need for America's active involvement in world affairs.

"As we celebrate Zbig's life and reflect on his legacy, my thoughts, prayers and deepest condolences are with his beloved wife Emilie, his children, and his grandchildren." 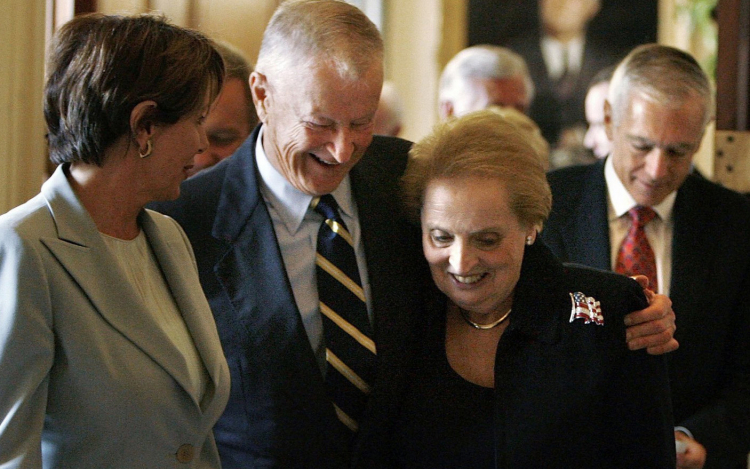