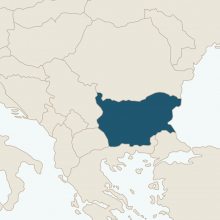 Bulgaria joined NATO in 2004 and the European Union in 2007. Its democratic institutions are well codified, but the country has witnessed political instability stemming from government corruption and remains under formal EU monitoring for good governance and adherence to the rule of law. A succession of governments faced widespread public protests before the center-right Citizens for the European Development of Bulgaria (GERB), elected in 2009, achieved a measure of stability through sponsorship of political and legal reforms. However, the country faced another period of political instability in 2016, resulting in early parliamentary elections and a reshuffle of the government.

In 1990, NDI supported students and other democracy activists from the Bulgarian Association for Fair Elections and Civil Rights (BAFECR) – a citizen election monitoring group that observed the country's first post-communist election – which helped to pioneer domestic, nonpartisan election observation in Central and Eastern Europe.

Recently, Bulgarian security has been strained by the influx of refugees and migrants from the greater Middle East, and hate speech targeting refugees, migrants, and the country’s sizable, indigenous Roma minority has been on the rise. NDI supported Roma political leaders as they competed for elected office and encouraged Romani youth to engage in civic and political processes by joining political parties, volunteering for campaigns, and educating their communities about their rights as citizens. The Institute trained young Roma political activists in an effort to strengthen their capacities to formulate and communicate opinions on key national policy issues, and supported the mainstream integration of Roma through informal forums that connected politically-active Roma and non-Roma youth.